Silverback Engineering's 2018-19 session and participation in the Shell Eco-Marathon Europe across July 1-5, 2019, was an utmost privilege and learning experience for all involved. While the competition's end-goal of setting a time (completing 11 laps of a pre-determined track on 250ml of fuel within 39 minutes) was not achieved, we passed the competition's technical and safety inspections - a commendable achievement given the significant changes to the team, workspace and car that had taken place this year.

While the car had reached London on the preceding Sunday with Mr Griffiths and Mr Dors, the team arrived in London early Monday morning (July 1st) and the engineering-wing immediately began work on the car and paddock to prepare it for the week to come. The public-relations wing promptly began documenting our progress, and the new, spacious venue (twenty minutes south of Heathrow - at the Brooklands Mercedes World), updating its social media outlets and website throughout. 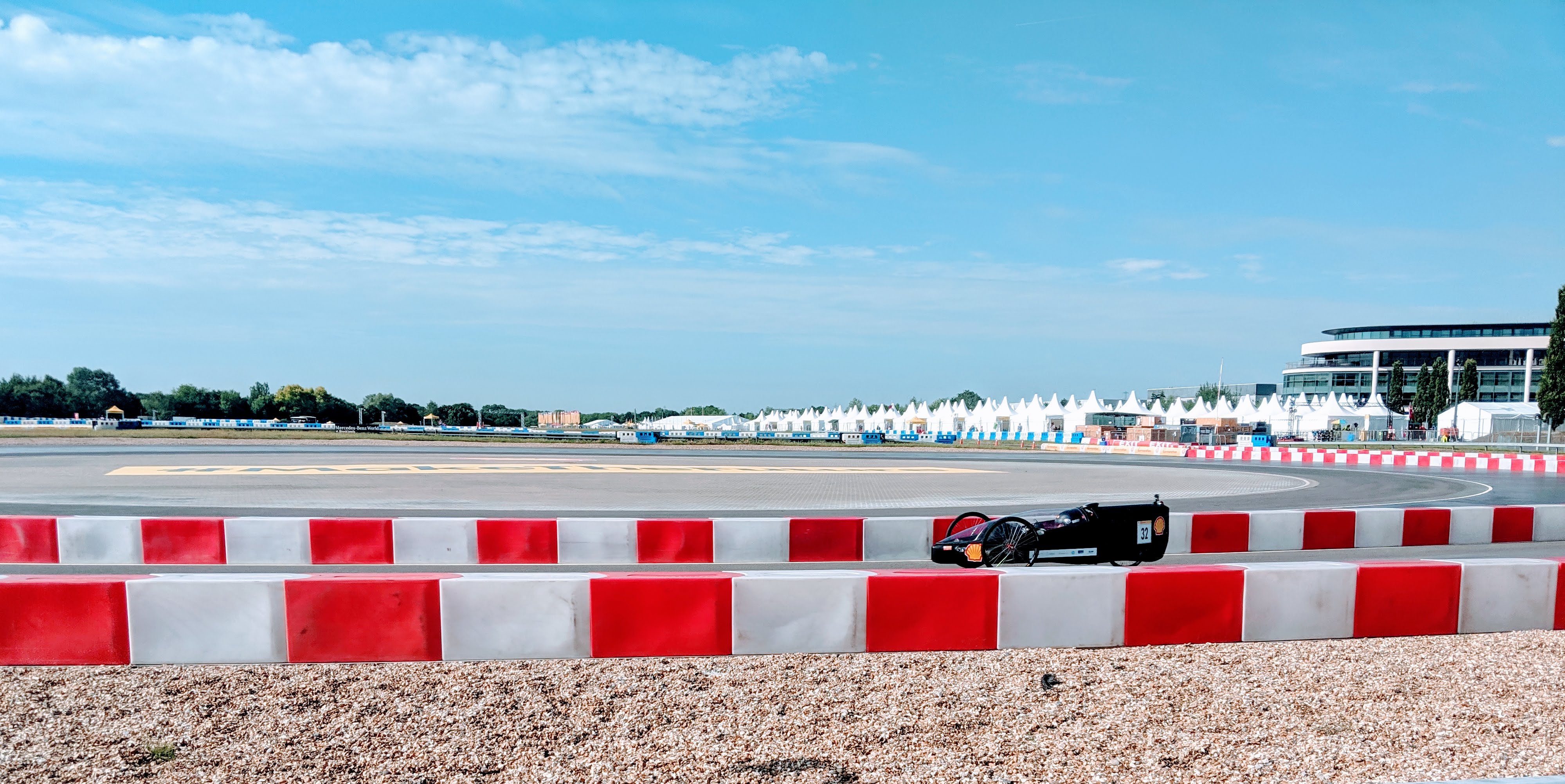 Tuesday and Wednesday saw great challenges for both wings as the car had to overcome a number of challenges including circuitry flaws and imperfect hydraulic brakes in order to pass technical inspection. However, the subsequent teamwork that ensued saw us pass technical and safety inspections and immediately move onto making attempts for valid runs on the official track.

In total, the on-track team entered the pre-track 'fuelling hut' five times - and crossed the start-line twice - across the competition days of Wednesday to Friday. During each of these attempts, the off-track team spread out effectively across the sectors of the track and established an effective two-way filtered communication system through myself, next year's team leader and the driver. This ensured the car was always being monitored, and a line to the driver always present, in order to mitigate surprise risks posed by driving conditions on track and potential failures of the car itself.

However, there were no such incidents - the first attempt was brought to an end by a failure in fuel management, wherein the car finished ~6.5 of the 11 laps on 250ml of fuel. The second attempt, conducted on the Friday morning, looked promising, however on completion of the 7th lap a yellow flag (a sign to slow and maintain position in the sector) caused a sudden response by the engine and subsequently the chain (connecting the driveshaft to the rear-driven wheel of the car) to sever - ending the attempt. 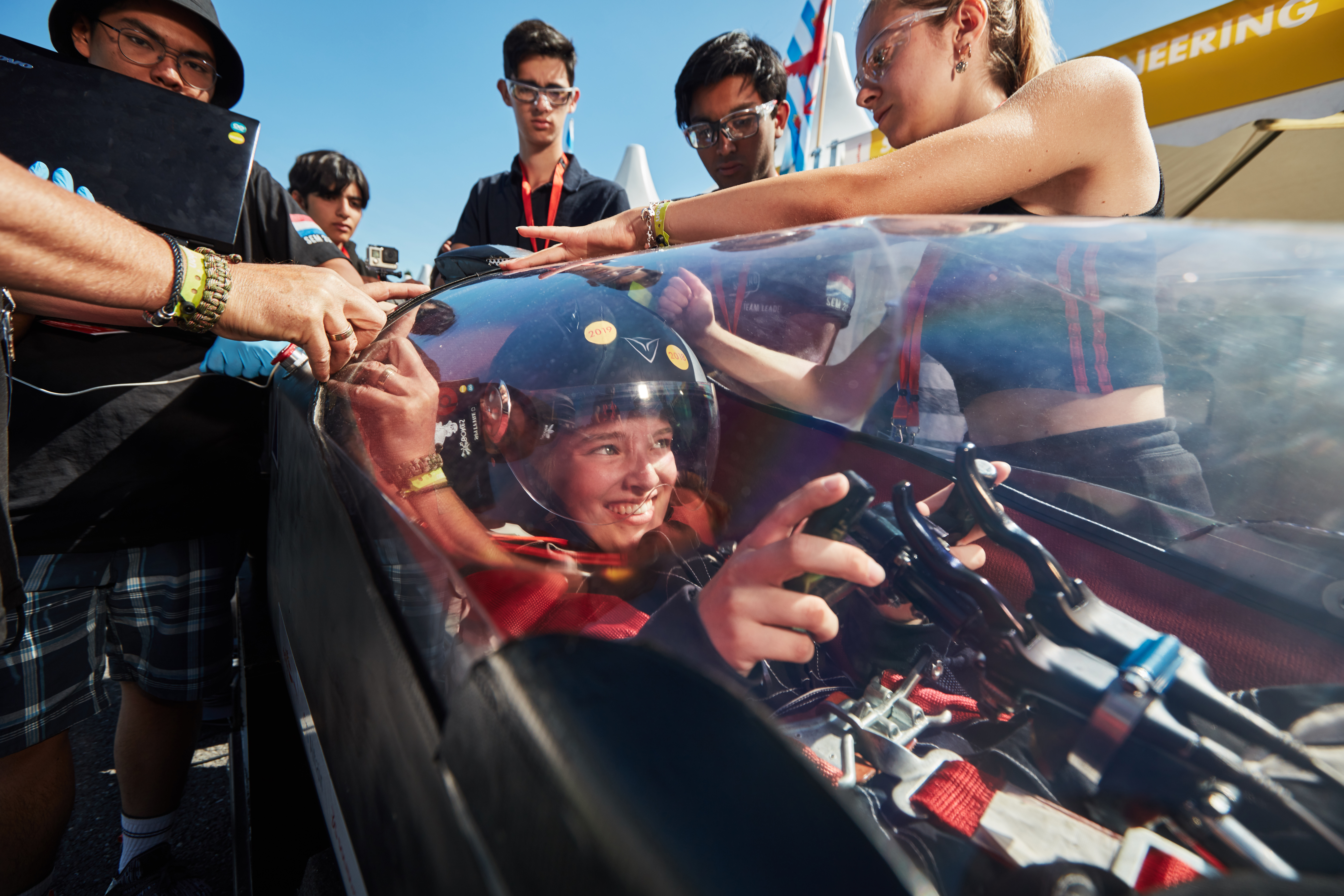 Further issues with the starter-shaft of the engine and front tire pressure meant a final attempt could not be conducted in the last competition slot of the Friday. While the result of not setting a time was disappointing to the whole team, who fought valiantly to the last minute to return the car to the track, the general consensus, as with all years past, was that the event was a truly incredible experience. Meeting other teams, mostly from universities, and discussing the engineering behind their cars was among the highlights of the team in post-event reflection, as was the experience of working on our car through the year and being part of its ever-advancing evolution.

While yet to have a final team debrief meeting and official handover to next year's team leaders, next year's team is looking to see the car finally evolve from being gasoline-powered to battery-powered and compete in the battery-electric division of the Shell Eco-Marathon. While this still must be discussed and planned thoroughly, certain objectives and takeaways from this year's experience in both the engineering and PR wings are being discussed with next year's leaders to see a valid run be conducted in 2020, and the experience for all involved with Silverback Engineering continue to improve in the years to come.