"It is good to have an end to journey toward; but it is the journey that matters, in the end." - Ursula K. Le Guin

A daring and adventurous group of ISH students signed-up for "Journey" activities which mainly revolve around outdoor survival skills, teamwork as well as self-reliance. Here is an account of their recent activities! 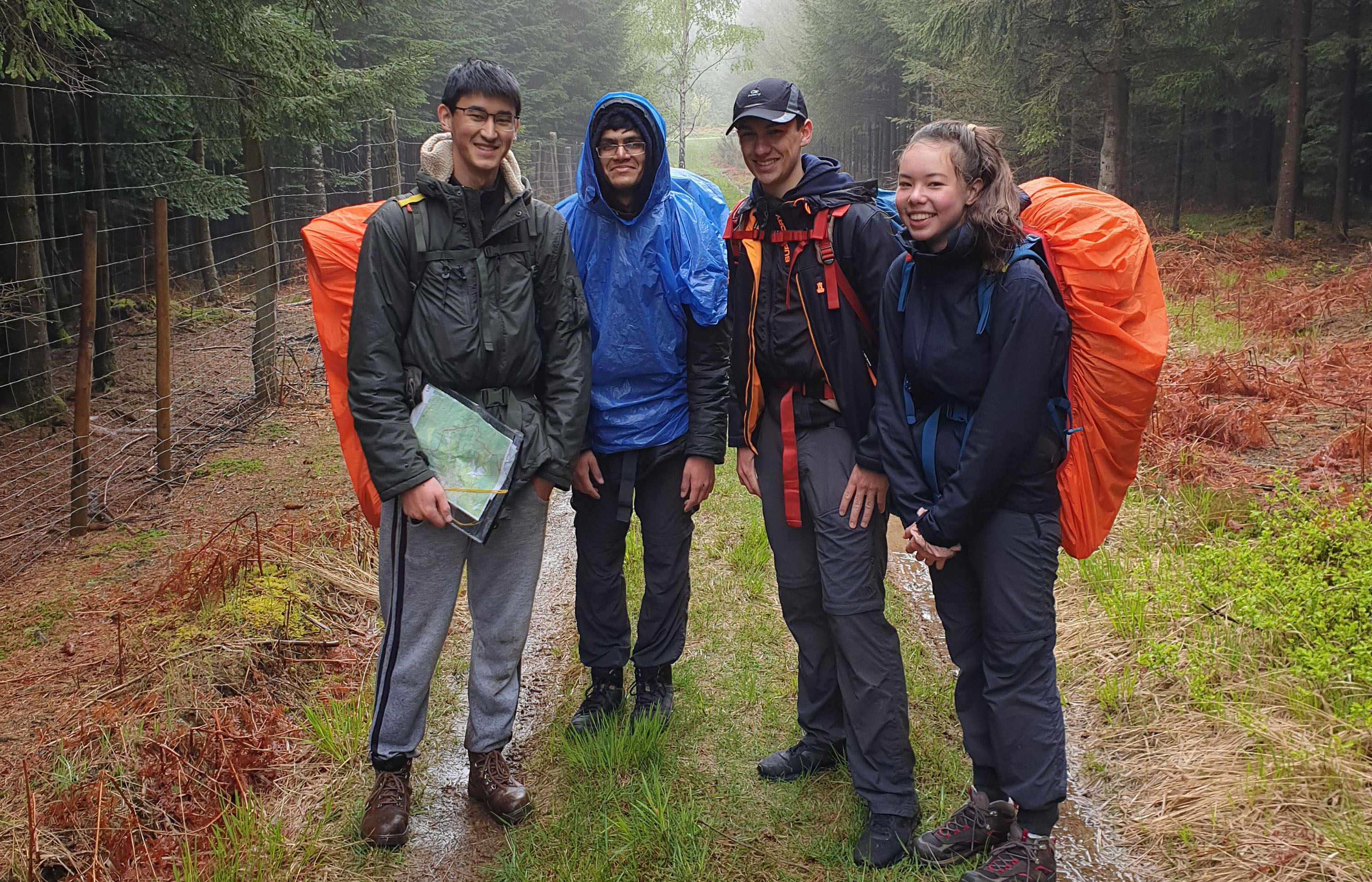 The Gold International Award practice journey was extremely successful, not because it was perfect but because it helped and trained us for our final journey in July which will be in Scotland. We travelled to the Ardennes region of Belgium, a fairly long journey by train! We had planned our route in order to challenge ourselves both physically and with map work and navigation. We worked well as a team in order to complete the journey, carrying all of our equipment, camping in the wilderness and cooking our planned meals on small camp stoves. The first and last day were met with pleasant weather, yet on the second day, we were met with continuous pouring rain which slowed us down but helped us further prepare for the potentially harsh environments that we'll face in Scotland. That all being said, we as a group are proud of our effort and we can't wait to go to Scotland!

On Friday 10th March, both groups took the train to Poix Saint Hubert in the Belgian Ardennes in order to start our practice journey for IA Gold. We got there at around 5 pm and walked to the campsite. The first day is always the day when you have the most energy and you are the most excited to walk because your feet don't hurt yet. The two groups walked together for most of the road and once we got the campsite, we quickly set up our tents and cook ourselves a meal, because there was a predicted thunderstorm, which we didn't want to get caught up in. after eating we reviewed our map with the teachers, set out checkpoints and agreed on a time to wake up.

Day 2 of our practice journey was tough. We woke up and it was raining, it was cold and we didn't feel very awake, yet we went on with our day. We ate breakfast, drank some warm tea and after we had packed up our tent we looked at the map once again and off we went. It rained the whole day and the temperatures were very different at different stages of the day, so we were either cold especially when we got so wet that our waterproof clothes became wet or when you had to hold the map, you could feel that your hands were freezing because they weren't moving. We still made it even though we got lost.

I think for me the most fun part was navigating but also collecting water. There are many safety rules that we have to follow when it comes to water but it feels like a break when you are waiting for your bottles to fill up. Secondly, water sources are marked on the map so when we were lost and we heard water, we knew that we could find where we were on the map because it would be written somewhere.

When we got to the campsite, we once again set up our tents and made dinner, but when it came to sleeping it was very difficult. It was 1 degree outside but it felt like -1, and we had been walking in the cold that we had all put many many layers on but we were freezing! In the middle of the night we could hear each other's tents moving cause we were shivering so much and someone would just ask: "Are any of you guys sleeping?" and someone would reply: "I am so cold!" and we would laugh for a few moments and attempt to go back to sleep. It's funny now that we think back at it. 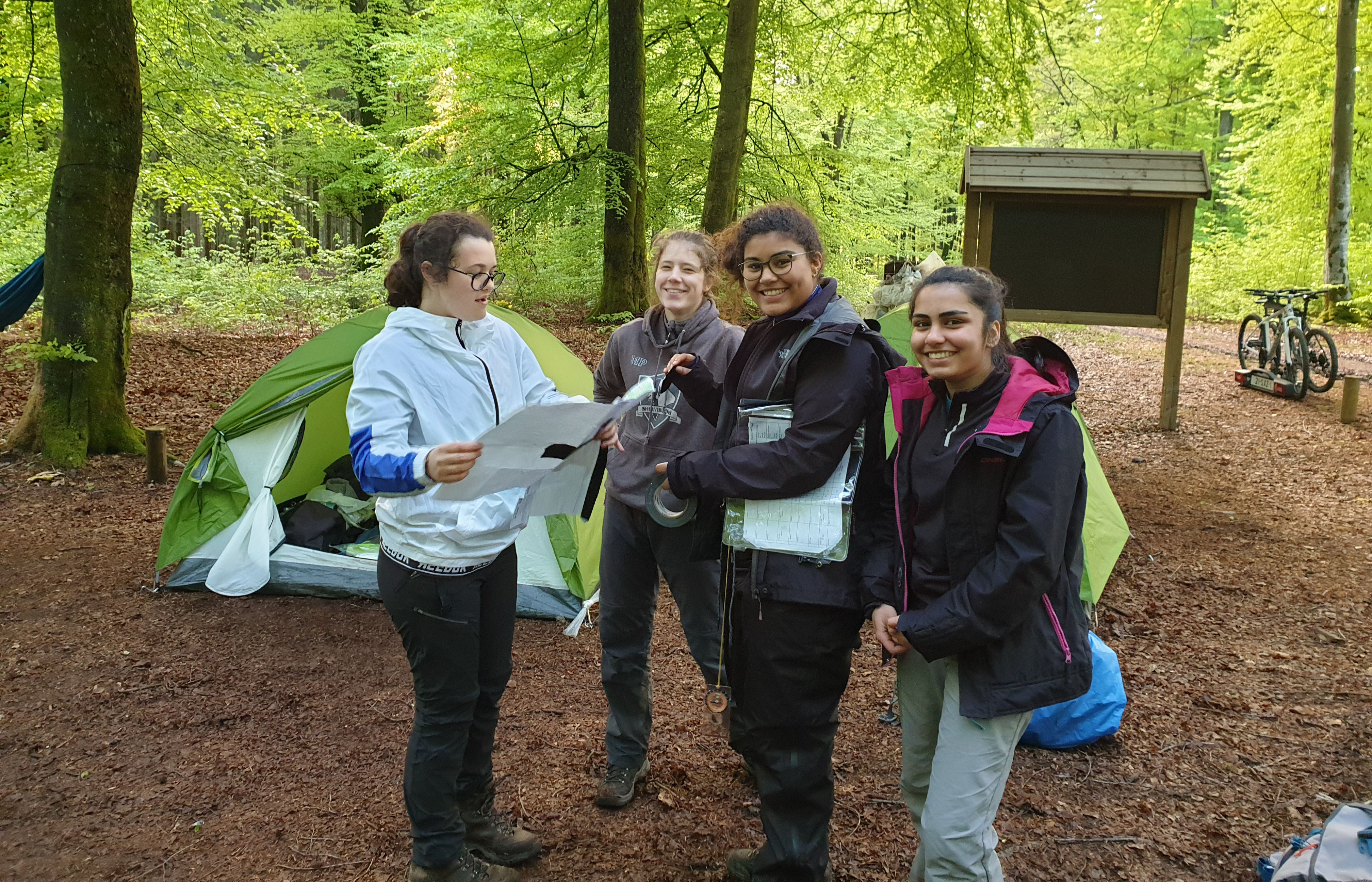 Waking up on the last day was horrible because we had not slept, but we repeated our morning routine. We left an hour earlier than the day before because we got lost. After everything was ready, off we went again! We had kind of mastered it now, we knew to do if we got lost, we agreed on how long our breaks should be and when to take them and talked about our communication. I think that we were sore because we were tired and how cold we had been all of yesterday, but we were able to make jokes and laugh about it. We got to the train station, exactly when we had planned, which was great and proved us that no matter how high those mountains were, we got through it and was not as difficult as we expected it to be. However, the final will be harder and we still have a lot to work on to be ready for the final. When we got on the train, as soon as the doors opened we all stood there for a second enjoying the heat that we had not felt in three days. We pretty much all fell asleep at some point on our way back, we bought ourselves some hot food in Brussels and used an actual toilet which was bamboozling!

I honestly love these types of activities because it makes you feel very grateful for what you have and it humbles you. You also feel very proud of what you have achieved. I can now tell people that I have walked 63+ km in three days, which the average person hasn't done.

The 'Veluwe' Vierhouten and its surroundings...

Over the last two weekends, sixty Y10 students, divided over 10 groups, embarked on their adventurous journey in the beautiful area of the Veluwe. After an 8.15 AM pick-up at ISH, they were driven by bus to Elspeet, where they started tracking their way through the forests to Vierhouten to camp overnight. All groups on both weekends arrived in good time, which they used to rest...you would think! Instead, all students got involved in a myriad of activities, including beach volleyball, frisbeeing, basketball, football, and yes, even swimming! On both weekends a big fire was lit, with marshmallows and scary stories to top it off. 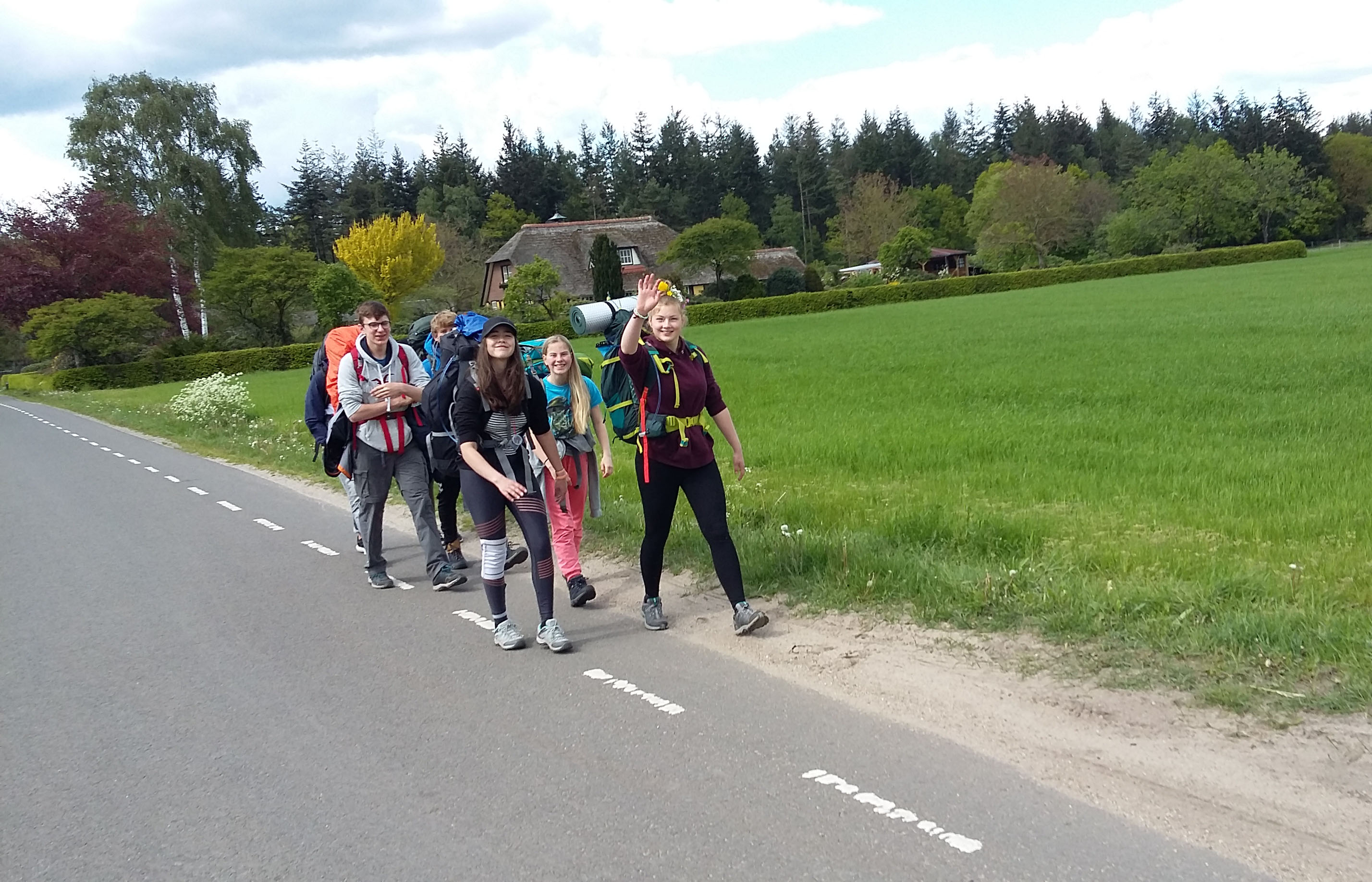 The next morning, all students had to get up early to continue their journey via Gortel and Niersen to Wiesel for their 5 PM pick-up. This leg of the journey saw the students faced with the challenges of fatigue, blisters and the differences in characters within their groups. The majority of the groups dealt with these in the spirit of the award and finished tired but satisfied, hiking more than 30 km over the course of the weekend.

Both weekends were a big success only made possible by the supervisory teams that were supporting the students on their journey. A big thanks to Henk, Anne, Sally, Alexis, Fleur and Audrey for their efforts and good company to make these weekends happen!