<Back to News
Our students perform at the ANZAC Memorial Performance

On Wednesday 25 April, 21 students from Glee Club, VivaVoce and Primary Choir at ISH sang at the ANZAC memorial service. As part of the ceremony, the students sang a hymn (abide with me), the Dutch, Australian and New Zealand national anthems. The ceremony took place at the Westduin cemetery and was attended by the Australian and the New Zealand ambassadors as well as other Dutch officials. Our students represented ISH with great dignity and sang beautifully. The ambassadors themselves were very moved by the singing and have taken the time to come and talk to the students and to thank them for their participation in this important day.

We would like to leave with the student's own impression and words of this event:

"The whole experience was quite cool and exciting. From rehearsals, to making harmonies with my fellow students from primary and secondary, to actually performing at such a special ceremony. Performing for Ambassadors and other dignitaries was very thrilling. All the important people made me nervous at first but I felt much better once we started singing. I feel very honored and privileged that I was part of something that remembers and celebrates fallen heroes. Y6 Jacinta M. Santiago (Primary Choir)"

"This was my first time attending a memorial ceremony and it was a really unique experience. I was very honored to meet the ambassadors from Europe and Australia and I was also very moved by their speeches along with the life stories of the soldiers who died in the war. It was such a lovely opportunity for us Secondary students to collaborate and sing with the Primary students which I found very enjoyable. It'd be great if we can do these kinds of events more often where students from different choirs come together to sing for good causes. Y10 Elena Liu (VivaVoce)"

"The ANZAC event was wonderful to participate in. The emotional, political, and cultural significance that the event holds is powerful. The speeches, memorials, and honors that were given were very moving so I'm glad to have contributed in setting the solemn, moving atmosphere. Observing this event was interesting too, because of the important people who attended, and because it was the first memorial service I have attended (and participated in). I really like how people from countries all over the world are brought together for a common, peaceful cause. Y12 Theo Edge (Glee Club)" 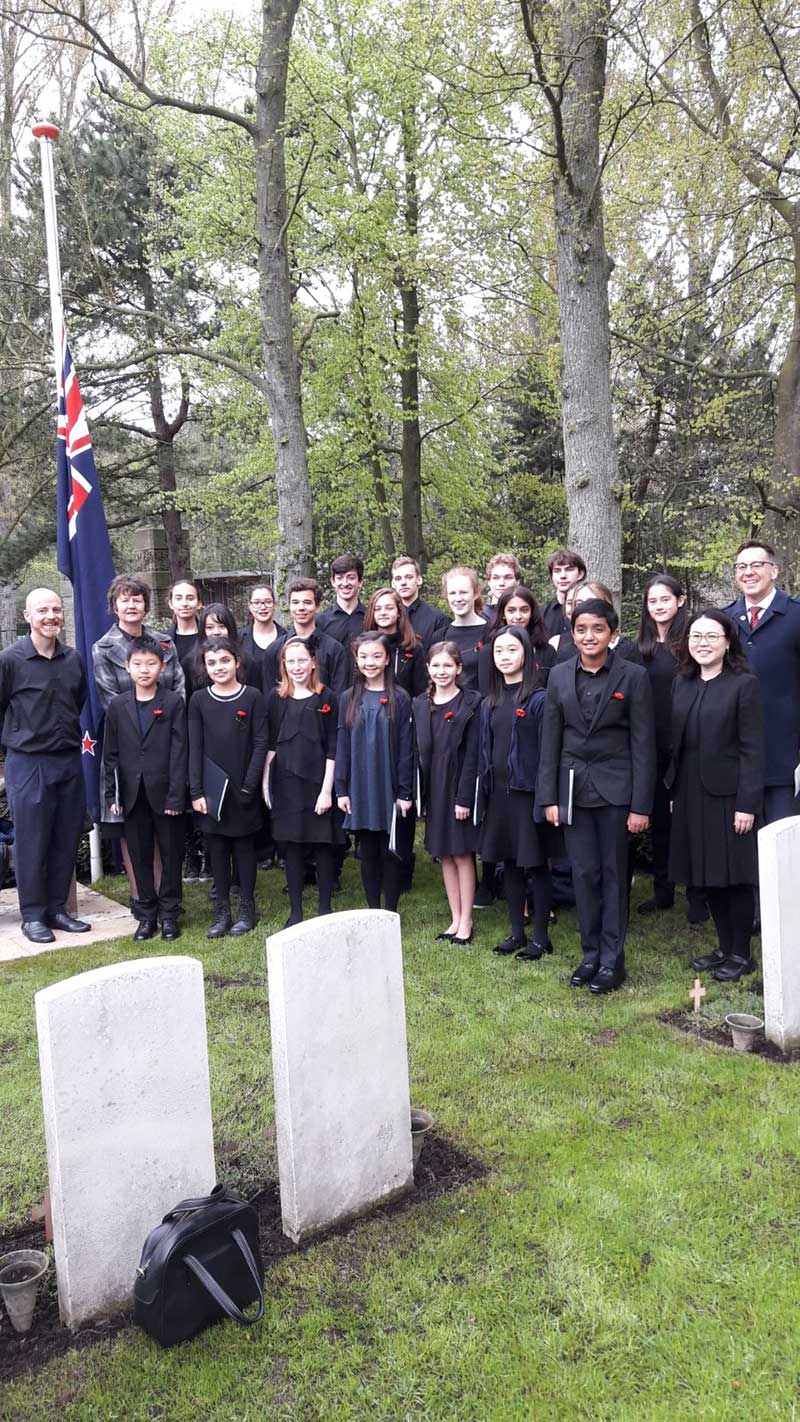