Sixty minutes of intense football started with mounting pressure from secondary, putting primary on the back foot. Several chances for secondary culminated in Sam Inziria’s effort that was only denied by the crossbar.

Against the flow of the game, primary was the first to open the score through Ramzi Mhamedi, converting an unfortunate rebound from the, otherwise excellent, secondary goalie, Colin Teasdale.

The equalizer for secondary was secured not much later by Simon Teal, followed by two quick goals from secondary by Kam Al Jayusi and Sam ‘the Terrier’ Inziria, putting secondary 1 – 3 up after 30 minutes.

Primary regrouped and the one and only Mihai Balasel put them back on the right track after a spell of increasing primary pressure. Shai Nieuw produced some magic to equalize the match with an incredible lob over the goalkeeper, and even putting primary ahead after a splitting free-kick from Ramzi with less than 10 minutes on the clock.

Secondary pushed for the equalizer, providing space for Ramzi to produce a cracker only to see Colin deny him a second goal by stylishly stretching to the top corner of the goal, and pushing the ball over the crossbar.

Secondary countered shortly after and managed to equalize in the dying seconds of the game, by, who else than the secondary golden wonder boy, Jon Bell, ending the first Primary vs. Secondary football match in a 4 – 4 draw.

Well done to everyone who was involved! 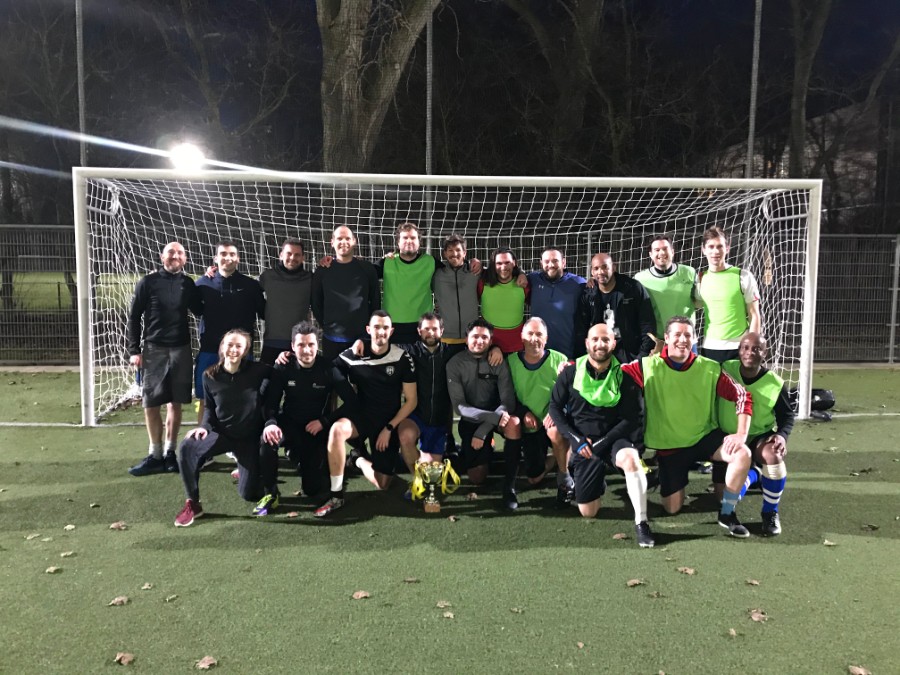