<Back to News
Exoplanet Expert Dr. Rossoti in Discussion with ISH Students

On the 10th of June, a number of students from upper secondary and teachers took part in a video conference with Dr. Giovanni Rosotti, an astrophysicist at the University of Leiden, as well as an ALMA researcher. After 5 years at Cambridge, he moved to Leiden following the award of a Veni grant from the Dutch government to pursue his research.

Dr Rosotti works in the field of exoplanet science which, in the last 20 years, has grown from science fiction to one of the most important areas of astrophysics. Yet we still do not know how planets form, because all the planets so far discovered are around adult stars. To solve this problem, he studies planet 'nurseries'- proto-planetary discs, the discs of matter which form around young stars and eventually coalesce into planets.

While filling out the sign-up form, we had the opportunity to write a question relating to his area of expertise, namely planet formation and stars. The questions asked by both teachers and students were thought-provoking and the answers given by Dr Rosotti were equally interesting; it was a learning experience for everyone involved. Dr Rosotti's talk itself was interesting as he spoke about his work, including GANDALF, a code used in Astrophysics, in particular in Hydrodynamics.Â

In the end, one question was chosen as the most interesting one and the person who asked said question would receive a copy of the book "Astrophysics for people in a hurry" written by Neil deGrasse Tyson.Â

The conference was definitely an enjoyable event for everyone involved and we as a school take pride in having such distinguished guests inspire the students.Â 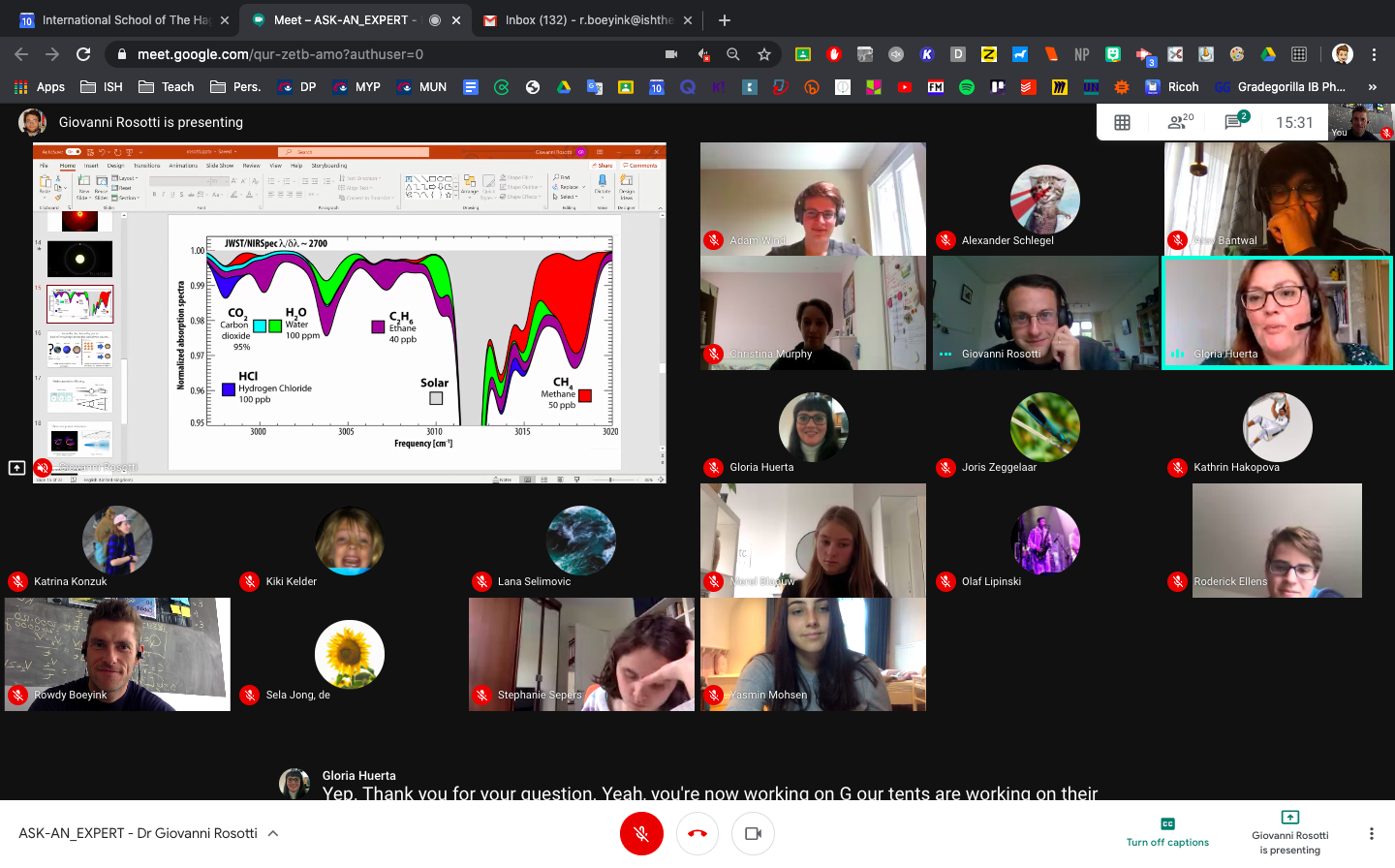